In 1912 he was reported as living at 25 Orchard Place, Southampton but as will be seen below this is at odds with his recovery record.

He was a saloon steward aboard the Titanic and died in the sinking on 15 April 1912. His body was recovered by the Mackay-Bennett and he was buried on 6 May 1912 at Fairview Lawn Cemetery, Halifax, Nova Scotia.

The record of his recovery is: 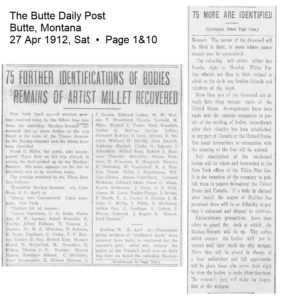 Titanic encyclopedia
Find a Grave
Book: Guide to the Crew of the Titanic